Tom was born in Dumfries but has lived in Ayrshire since 1974.

He began his engineering career with SSEB and subsequently Scottish Power, becoming a Senior Manager prior to his retirement.

Tom began his political career in 2003 when he unsuccessfully stood for the Council.

He was subsequently elected to East Ayrshire Council in 2007 as a Councillor for Ward 3, Kilmarnock West and Crosshouse . He was re-elected in 2012 and again in 2017 and has held several positions including a term as Deputy Leader of the Council.

Scottish Conservative and Unionist Councillor Tom Cook has encouraged local people to
respond to a proposed bill to crack down on the scourge of fly-tipping.
Councillor Cook’s call comes after his party colleague Murdo Fraser launched his 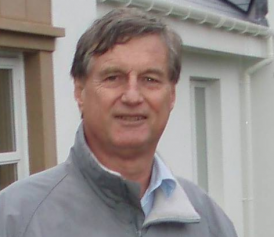